What is the WEEE?

WEEE is (Waste Electrical & Electronic Equipment) It is end-of-life electrical and electronic equipment and covers virtually everything with a plug or battery. It is classed as either household or non-household WEEE.

Disposing of WEEE waste needs to be done correctly in order to minimise the impact on the environment, and to prevent large amounts of this type of waste ending up at landfill sites.

As a licensed waste disposal provider, Melton Waste & Recycling are able to collect and dispose of WEEE waste in a responsible manner. The laws surrounding the correct disposal of this type of equipment was introduced in 2002 under the Waste Electrical & Electronic Equipment Directive.

What is the WEEE Regulations?

If you need to dispose of any items listed above, or if you’re unsure as to whether your waste comes under the WEEE Directive, then contact us today for a free quotation. 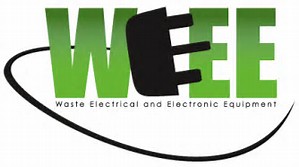 Call for advice or a free quote