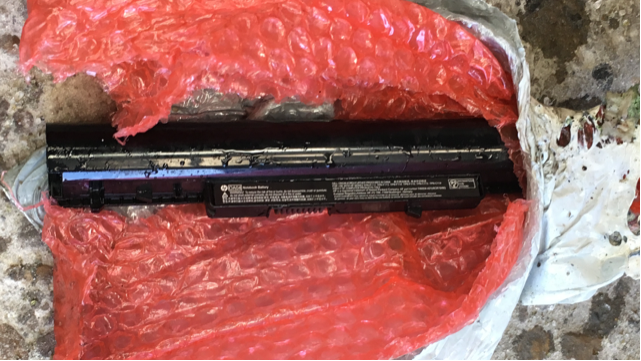 Harrogate borough council has issued a reminder to residents not to dispose of lithium ion batteries within mixed dry recyclable waste, following a small fire in a recycling collection vehicle this week.

The incident occurred yesterday morning (14 May) in a split-body vehicle collecting recyclable waste from households.

Collection crew members noticed smoke emerging from the back of the vehicle, which was traced to a laptop battery which had been tipped into the vehicle alongside plastic and metal packaging.

Crew members called for assistance from North Yorkshire Fire and Rescue Service, before attempting to damp down the material themselves, with the help of a resident using a garden hose.

When fire crews arrived shortly after midday, the vehicle was escorted to a council depot under the supervision of fire officers, where the material was emptied from the body of the vehicle and damped down.

According to the council, the vehicle has not sustained significant damage, and it is expected to re-enter service shortly, following safety checks.

The local authority has issued a reminder to residents to dispose of any small Waste Electrical and Electronic Equipment (WEEE) or batteries correctly, using deposit areas at Household Waste Recycling Centres or via retailers, in order to reduce the risk of any future fires.

Paul Campbell, Harrogate borough council’s director of community, said: “I’d like to say a massive thank you to the professionalism and quick thinking crew who spotted and addressed the fire in the vehicle, particular thanks to the local resident who offered up his garden hose and North Yorkshire Fire and Rescue Service who arrived quickly on scene. Without all this quick thinking we could have had a much bigger incident on our hands.

“I’d like to remind residents in the Harrogate district that batteries cannot be recycled at the kerbside and should be taken to a household waste recycling centre, or to a local supermarket who often have a drop-off point for these type of items.”

Waste fires linked to lithium ion batteries have been in the news regularly in recent months, due to a number of incidents believed to involve the items.

Lithium ion batteries are widely found in consumer IT and electronics products. While accidents are rare when these batteries are used by consumers, handling at the end of life, particularly if the battery gets punctured during transport or processing, can lead to fires by igniting other combustible waste.

Posted in WEEE recycling May 16th, 2019 by Charlotte Wild