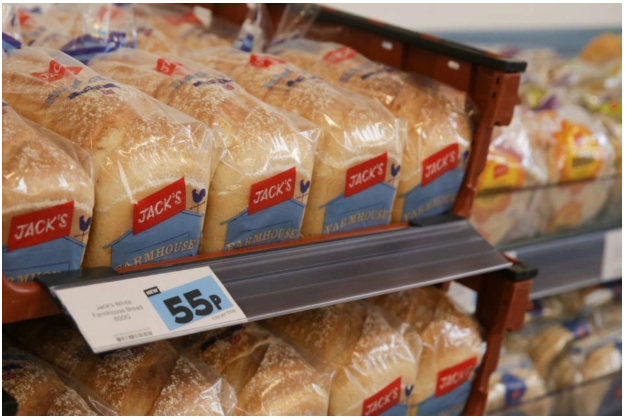 UK supermarkets are said to generate around 800,000 tonnes of plastic packaging every year UK householders routinely throw bread bags into the recycling bin – but they are usually incinerated.

Tesco has introduced an in-store recycling scheme allowing shoppers to drop off “soft plastics”, which are not typically accepted by councils. Customers can dispose of everything from plastic bread bags to pet food pouches in 10 Tesco branches in a trial that could be rolled out nationwide if successful.

Empty crisp packets and used carrier bags are also among the plastics the supermarket is collecting.

inews revealed earlier this year that UK consumers get through billions of bread, fruit and veg produce bags every year, with the vast majority being incinerated or sent to landfill. Now customers can drop off their plastic packaging at collection bins in Tesco stores. The supermarket will recycle the waste plastic using a process developed by a specialist firm, Recycling Technologies, which will transform it into a type of oil, named Plaxx. This oil can then be used to manufacture new plastic.

The trial will begin with the installation of 10 collection points at branches in and around the Swindon and Bristol areas, Tesco said.

It follows the launch of a separate trial in two Tesco stores where dozens of varieties of fruit and vegetables that the supermarket usually packages in plastic will be sold loose.

Walkers unveiled a crisp packet recycling scheme at the end of 2018 that allows members of the public to send back their empty bags to be recycled with the firm TerraCycle. The snack manufacturer was deluged by empty crisp packets last year when campaigners sent thousands of the bags to Walkers using the company’s Freepost address to protest the environmental impact of the packaging being pumped out. In the first three months of 2019 Walkers amassed half a million empty bags to be recycled. Hovis has also recently partnered with TerraCycle to enable consumers to send back their empty bread bags for recycling.

UK supermarkets generate around 800,000 tonnes of plastic packaging every year, according to Greenpeace, which last week named and shamed Sainsbury’s for apparently lagging behind its rivals in terms of the amount of plastic it had publicly committed to phasing out. Tesco had also performed poorly, the Greenpeace analysis revealed. Now, though, another conservation charity, WWF, has praised Tesco for its “innovative” recycling trial.

Paula Chin, a spokeswoman for WWF, said: “It’s great to see Tesco running this innovative trial offering customers an easy way to recycle more and waste less. “From our local beaches to the remote Arctic, plastic is choking our oceans and killing wildlife. Eight million tonnes are dumped into our seas every year – killing turtles, fish, whales and birds.” Ms Chin added: “While we can all do our bit by reducing the plastic we buy and embracing reusable items, we need producers, businesses and governments to face their responsibilities too.” Tesco has signed up to the UK Plastics Pact, spearheaded by the Waste and Resources Action Programme (Wrap), along with the nation’s five other biggest supermarkets, pledging to make all of their packaging reusable, recyclable or compostable by 2025.