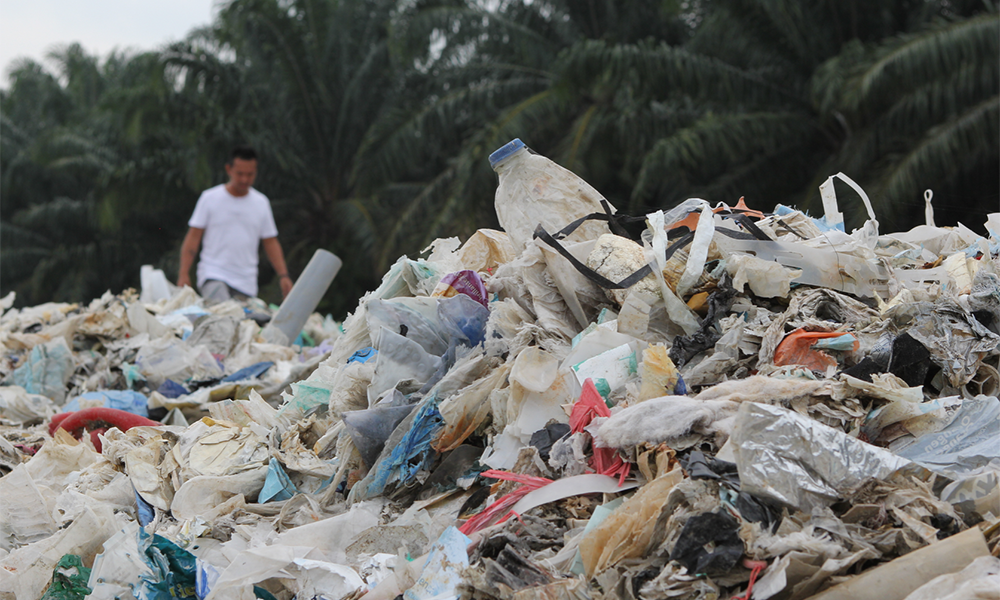 One of the most striking images for anyone in the UK waste sector this summer has been of our contaminated plastic waste piling up at sites across South East Asia. It’s little wonder, then, that many newspapers – and members of the public – have been asking why so much recyclable material is being sent abroad, and whether it is actually being recycled once it gets there.

Historically, hard data on what happens to recycling when it leaves the country has not been easy to obtain, making it difficult to answer these kinds of questions. However, as the problem of international waste shipments has reached crisis proportions, the EU has quietly introduced new legislation that has the potential to improve matters.

Over the summer, two implementing acts were written into law that outline a new method of reporting for recycling rates for municipal waste and packaging across the EU.

Over the summer, two implementing acts were written into law that outline a new method of reporting for recycling rates for municipal waste and packaging across the EU.

Under the current system, there is a good deal of flexibility in what can be counted as “recycled” material. As Eunomia explored in its report “Recycling – Who Really Leads the World?” countries reporting material as “recycled” at different points in the recycling process – ranging from the point of collection (despite the non-recyclable contamination it might contain) through to final reprocessing.

That makes it very challenging to compare data on a consistent basis – Wales, for example, publishes recycling rates that are calculated differently from England’s. Under the previous reporting model, material sent for processing or recycling in countries outside of the EU could be reported as being fully recycled – again, taking little heed of contamination.

The new legislation tightens these rules, closing loopholes that have previously made recycling rate data so inconsistent. The new method for calculating recycling specifically defines the process that materials need to go through in order to be counted as a contribution to national recycling rates.

It outlines clear calculation points for key materials, allowing for much less variability, as data is only reported at the point in the recycling value chain where the material has actually been recycled with no further losses.

An eye on waste

Another significant change will see Member States required to prove that any material exported outside of the EU for recycling is processed under broadly equivalent conditions to those inside the EU.

This should bring an end to those images of UK waste contaminating the towns and homes of Sri Lanka, Malaysia and Vietnam, as from this point onwards, exporters will need to provide evidence that this material is being recycled to similar standards to those that apply within the EU.

This new requirement will necessitate that a much closer eye is kept on waste once it has left the EU, or it won’t be able to be counted as recycled. This should greatly reduce the risk of EU recycling ending up contaminating communities on the other side of the world.

In addition to the legislation for municipal and packaging waste, the new rules also outline how home compositing of biowaste should be measured, which could be a significant additional contributor to the national recycling rate. Up to this point there has been no standard measure of home composting across Europe, and it hasn’t been able to be counted towards municipal recycling performance.

The change may seem somewhat daunting, given the complexity of current value chains and the potential for recycling performance figures to dip when the reporting rules are tightened up

Another update provides a consistent approach to the measurement of metals recovered from incinerator bottom ash, which some countries currently count towards their recycling figures, while others do not.

If these measures are really to have an impact on the accuracy of recycling statistics, every Member State will need to change and improve their reporting systems to ensure that it is collecting the correct data at the required points. It is not yet certain that these new measurement methods will be adopted in the UK – though with England having already adopted the EU’s circular economy proposals, it seems likely.

If that is the case, local authorities and waste management companies will need to obtain much more reliable information on what happens to waste once it leaves their hands, which will place pressure on all those who receive material for sorting or reprocessing to offer greater traceability regarding end points and loss rates.

The change may seem somewhat daunting, given the complexity of current value chains and the potential for recycling performance figures to dip when the reporting rules are tightened up. However, there will be significant benefits, both in terms of public trust and accuracy of information.

It also has the potential to stimulate the development of new reprocessing capacity domestically; it will make it easier to see where good practice is really taking place; and waste collectors will be able to dispel public scepticism about what really happens to their recycling.